Throughout the year, the Action Chair and various members of the committee follow issues that impact the livability of the Portland area. They do this by attending meetings of governmental agencies, boards, and commissions. They also work with nonprofit partner organizations and read reports from academic and reliable media sources. We follow many of the issues on which we have advocacy positions. Members of the Action Committee may propose advocacy on the topics they follow.

In addition, during the year, the Action Committee presents meetings on subjects of concern to our members.

In January 2022, the Action Committee heard from two LWV members, Barbara Klein and Janice Thompson. Janice and Barbara have studied election systems. They discussed various election methods and systems that could support the goals of the Portland City Charter Review Commission. The Commission is considering changes to the way Portland voters elect the members of the City Council. They want the City Council to better represent and respond to all the people they serve. In addition, the Commission wants to improve Portland voters’ ability to have their voices heard and their votes count.

In November 2021, the Action Committee heard fr0m Diane Brandsma about “Teenage Girls at Risk: Gender-Specific Programming for System-Involved Young Women.”  Ms. Brandsma has more than 30 years of experience working with system-affected youth and families whose lives have been deeply affected by trauma.

In October 2021,  the Action Committee guest, Nui Bezaire, provided an overview of the initial steps Metro and its three counties have taken to implement the supportive housing services measure voters passed in May 2020. (Ms. Bezaire had spoken about supportive housing at the Action Committee’s April 2019 meeting.) Supportive housing includes permanent housing along with wraparound services. The services can include but are not limited to healthcare, addiction and recovery, employment, education, and rent subsidy. They are flexible and tailored to the specific needs of individuals and families.

In March 2021, the Action Committee heard from speakers from the Environmental Protection Agency (EPA):

They spoke about progress with the Portland Harbor Superfund Cleanup. The project recently reached a turning point when EPA announced that the contaminated sites throughout the 10-mile-long project area are now in the remedial design stage. During this part of the process, new sediment and water samples will be taken to guide the final remedial design.

In February 2021, Daniel Lewkow, deputy director of Portland’s Open and Accountable Elections, explained how the program works. Portland’s Open and Accountable Elections program, a publicly funded campaign finance matching system, was enacted in 2016 by city council and is available to candidates running for city office. It is modeled on similar programs operating throughout the country. In order to participate, candidates must meet specific requirements, such as raising qualifying contributions, limiting the size of contributions they accept, and participating in a training program. Data from the 2020 Portland elections show donors from a wider range of income, ethnicity, and location are able to participate in the process of political campaigns through their contributions. The program reduces reliance on big money and brings in new voices.

In January 2021, Assistant U.S. Attorney Jared Hager spoke to the Action Committee about the history of the U.S. Department of Justice Settlement Agreement with the City of Portland. In 2014, the city and DOJ finalized a 180-paragraph Settlement Agreement requiring the city to make a number of improvements to PPB and other related functions, including the city’s police oversight system. The agreement primarily covers use of force, training, crisis intervention, employee information systems, officer accountability, and community engagement. The DOJ and a Compliance Officer/Community Liaison (COCL) provide regular progress assessments and report annually to U.S. District Judge Michael Simon.

In November 2020, the Action Committee heard about wildfire management from Dr. John Bailey, a Professor of Silviculture and Fire Management in the College of Forestry at Oregon State University. Dr. Bailey previously worked with the Environmental Protection Agency in Corvallis and at Northern Arizona University. His expertise includes forest stressors, ponderosa pine silviculture, fuels/fire management, ecological restoration, sustainable forestry in drier fire-prone forest types, and multi-story management in mixed forest types. He showed how wildfire suppression, combined with climate change, has created conditions for wildfires that are hotter, more difficult to manage and spread more quickly. He also discussed ways to reduce the threat of wildfires in the future.

In October 2020, Steve Kountz, senior economic planner for the Portland’s Bureau of Planning and Sustainability, continued the discussion of Portland’s Economic Opportunities Analysis (OEA). He explained to the Action Committee  that Portland’s challenge is identifying land sufficient for industrial uses, particularly marine industrial. This has been made more difficult because of the upzoning of industrial lands into residential uses, such as at the South Waterfront and Terminal 1, or commercial uses like Cascade Station mall and the possible siting of a baseball stadium at Port of Portland’s Terminal 2. The upcoming OEA process will include careful analysis of employment types, wages, racial income disparities, neighborhood affordability and occupational segregation, among other factors. At key points during the analysis phase, the Bureau of Planning and Sustainability will host workshops at which staff will share the information and participants can provide feedback.

In September 2020, Bob Salinger, the Audubon Society Conservation Director, spoke to Action Committee members about Portland’s upcoming Economic Opportunities Analysis (OEA). Background for this discussion is that in 1973, Gov. Tom McCall signed into law Senate Bill 100, Oregon’s statewide land use planning program. It established 19 goals that have guided the planning efforts of local jurisdictions over the last 45+ years. Goals 9 and 10 require adequate buildable land inventories to meet 20-year jobs and housing forecasts.  Salinger pointed out that open space and natural areas are quite often where the city looks for industrial land expansion.

The Action Committee meeting scheduled for March 27, 2020 was cancelled due to the COVID-19 health crisis.

In February 2020, the Action Committee heard a presentation on Seismic Resiliency and Portland’s Critical Energy Infrastructure Hub, with speakers Trent Nagele, Oregon Seismic Safety Policy Advisory Committee member, and Mike Myers, director, Portland Bureau of Emergency Management. The Critical Energy Infrastructure (CEI) Hub is located in NW Portland along the Willamette River. The Hub is home to tanks that contain more than 90% of Oregon’s liquid fuel supply and 100% of the jet fuel for the Portland airport. The vast majority of the fuel tanks were built before modern codes were adopted and sit on soils subject to liquefaction. Scientists estimate there is a 20-40% chance of a major offshore Cascadia Subduction Zone earthquake occurring in the next 50 years. Spillage of the fuels would result in environmental devastation that could extend as far away as the Pacific Ocean.

Sara Wolk, executive director of the Equal Vote Coalition (www.equal.vote), spoke at the January 2020 Action Committee meeting.  The coalition is an Oregon-based group working to promote a new approach to voting that is fair, accurate, and nationally viable.  They have identified the STAR (Score Then Automatic Runoff) voting system as their preferred option. The STAR system is a hybrid of Ranked Choice and Score Voting.  The STAR ballot asks voters to score each candidate on the ballot on a scale of 0 – 5 stars.  The two highest scoring candidates are the finalists and the finalist preferred by the majority of voters wins the race.

In November 2019, the Action Committee heard from Alejandro Queral, executive director of the Oregon Center for Public Policy. Queral spoke to the committee about the center’s contribution to well-researched information related to issues facing Oregonians. The research is used to make the case to the Legislature for policies affecting working families and those living in poverty. Queral highlighted a recently released fact sheet on income inequality. You can find a wealth of research and analysis on the organization’s website, including information about other issues such as the state budget, education, healthcare, housing, and taxes.

The October Action Committee Meeting was about Civic Engagement in Portland and the 3.96 Code Change Project.  Winta Yohannes, policy adviser to City Commissioner Chloe Eudaly, shared information about the efforts and rationale for revising City Code Section 3.96, which currently describes the structure and functions of the city’s Neighborhood Association system. She explained that the Office of Neighborhood Involvement was renamed a few years ago and is now known as the Office of Community and Civic Life.. More information on the project is available at the Office of Community and Civic Life website.

The September Action Committee meeting featured two presentations: one by Friends of the Library representative Kirsten Leonard, who spoke about the services and critical space needs of the Multnomah County Library System, and another by PSU Professor Mary C. King, who is advocating for free universal preschool. A report on their presentations is in our October 2019 eVoter newsletter.

The January Action Committee meeting was on Proposals for Tax Reform in Oregon, with John Tapogna, ECONorthwest, president/partner

The September Action Committee meeting featured a presentation by staff members from the Portland City Budget Office. Shannon Fairchild, Senior Financial Analyst, and Josh Harwood, Chief Economist, explained the budget process and answered the committee’s questions. A full report about this meeting was in the November issue of the Voter newsletter.

The subject of the October Action Committee meeting was Oregon’s Air Quality. Mary Peveto, president of Neighbors for Clean Air, spoke to committee members. An article about this meeting was in the December issue of the Voter newsletter.

The November 2018 Action Committee meeting was on juvenile justice. A report will be in the January newsletter. For more information about the Action Committee, contact Debbie Aiona at action@lwvpdx.org.

The January Action Committee meeting was a presentation and discussion about Prosper Portland, formerly the  Portland Development Commission – Portland’s Economic Development agency. A report on this meeting was in our March newsletter.

The February Action Committee meeting  featured a discussion about Metro’s Equitable Housing Initiative, with Metro Councilor Sam Chase. For more background information on the topic, refer to the fact sheet here. There was a report on this meeting in our April newsletter.

The March Action Committee meeting was a discussion about Criminal Justice Reform with Kate Gonsalves, political director, Oregon Justice Resource Center. There was a report in our May newsletter.

The April Action Committee meeting featured a discussion about Protecting and Improving Portland’s Water Quality and Environment, with speakers from Portland’s Bureau of Environmental Services: 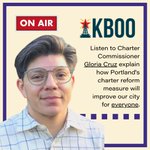 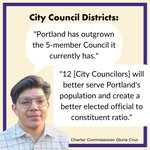 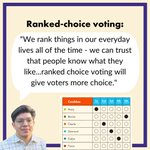 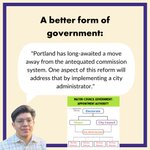 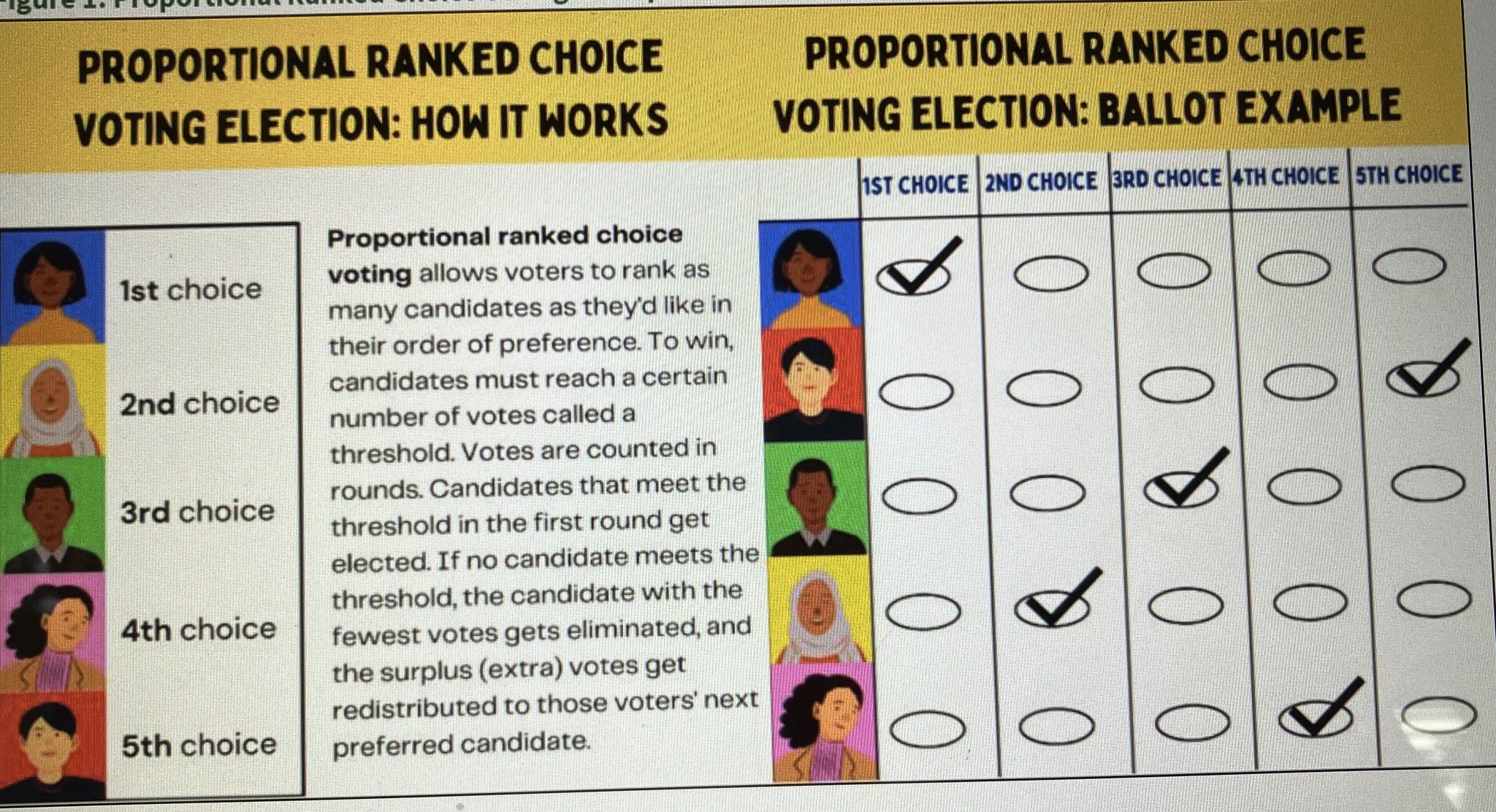